With the exception of marijuana, chemical precursors are required to manufacture illicit drugs. In the past, regulatory controls on the industrial chemical precursors in the United States and some European countries were effective in curbing diversion of these chemicals to clandestine drug laboratories. The advent of simple methamphetamine production methods has allowed clandestine drug manufacturers to circumvent diversion controls and has resulted in a dramatic increase in the number of clandestine laboratories in the US. In addition, the Internet has allowed clandestine methamphetamine manufacturers in Europe and North America to exchange information on production methods.
Many of these substances were subsequently placed on a list of watched chemicals by the US Drug Enforcement Administration. As a result, methamphetamine manufacturers developed alternative methods using common household chemicals. Yields are low, but these methods are popular because the precursor chemicals are accessible in communities in the United States. Currently, one of the most popular methods of clandestine methamphetamine production is the Red-P Method. Ephedrine is separated from other ingredients in nutritional supplements, cold medicines and herbal pills by boiling the pills in hydroiodic acid and red phosphorus.
Iodine is obtained from pet stores and red phosphorus is obtained from match book striking pads. After boiling, the iodine and red phosphorus are filtered out and the ephedrine is converted to methamphetamine using sodium hydroxide (drain cleaner lye), hydrochloric acid or hydrogen sulfide and a hydrocarbon solvent(toluene or camping stove fuel). Byproducts are poured down the drains of apartments and homes where the laboratories are located, resulting in serious chemical and thermal burn hazards for law enforcement officers, maintenance and cleanup personnel and future residents. The Nazi, One-Pot or Anhydrous Ammonia Methods utilize a catalyst, sodium or lithium metal, to "cook" the chemicals. 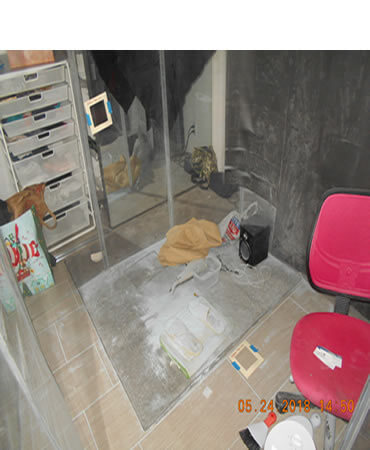 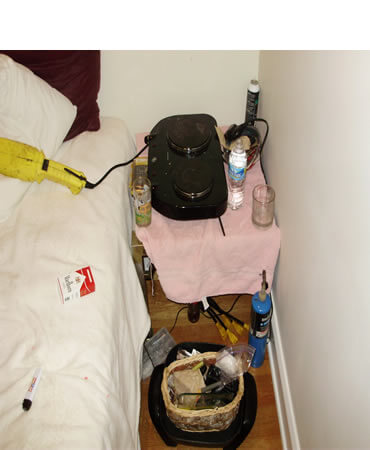 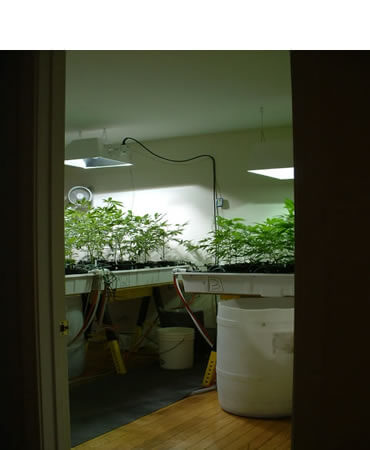 WE MAKE EXCELLENCE A HABIT

Fentanyl is a dangerous, powerful Schedule II narcotic responsible for an epidemic of overdose deaths within the United States. During the last two years, the distribution of clandestinely manufactured fentanyl has been linked to an unprecedented outbreak of thousands of overdoses and deaths. The overdoses are occurring at an alarming rate. Fentanyl, up to 50 times more potent than heroin, is extremely dangerous to law enforcement and anyone else who may come into contact with it. Fentanyl, a synthetic opiate painkiller, is being mixed with heroin to increase its potency. Once a site has been posted by law enforcement, a site specific decontamination plan will be developed by Meth Lab Cleanup Company in coordination with regulators.

The decontamination may require a “tiered approach” using a variety of techniques and products. Due to structural similarities between fentanyl compounds, decontamination work plans may be similar among different analogues. However, Meth Lab Cleanup Company does not take a a universal approach to decontamination given the variety and proliferation of fentanyl compounds. Large volumes of decon wastes may be generated, which need to be collected, treated, and disposed of properly. View a DEA fact sheet on fentanyl labs.

For additional information; go to our fentanyl laboratory web page.

Illegal marijuana grow lab operations have become a major problem for law enforcement across the nation. These operations contribute to the overall decline of a neighborhood and result in lower property values. In addition, the public is impacted through higher property insurance rates and increased utility costs. A marijuana grow lab is a residential or commercial property that has been converted for the purpose of growing marijuana. Larger houses are often selected because they provide a much large capacity for growing. However, this type of operation can be found in any home or apartment, in any neighborhood.

To prepare a house for cultivating marijuana, significant changes must be made to the home's structure. High intensity lighting is needed to grow the plants and many grow lab operations illegally by-pass the hydro connections to save money, putting the entire neighborhood at risk to fire and electrocution. There are many other dangers associate with grow labs: poisonous fumes, booby traps, environmental damage and hazards to individuals. View research on the health effects of marijuana grow labs.

Other Types of Clandestine Drug Labs

Ecstasy is a stimulant and a mild hallucinogen. One of the most common clandestine synthesis methods for Ecstasy involves distillation of sassafras oil to obtain safrole. The safrole is then processed with other precursors to product Ecstasy. Precursors for this method include several explosive, flammable, toxic and corrosive materials. As with clandestine manufacture of methamphetamine, by-products and waste materials are disposed of improperly by pouring them down drains or by dumping them into the ground. In addition, vapors emitted by several steps in the process pose inhalation hazards to occupants and neighbors, especially children.

There a couple of different ways to make lysergic acid eiethylamide (LSD). Some recipes may start with lysergic acid; other on-line recipes call for morning glory seeds, which can be especially dangerous because they are often sold with a toxic coating to discourage consumption. The production of LSD is limited in the United States - controlled by a relatively small number of experienced chemists.

ACROSS TOWN OR ACROSS THE NATION - YOU CAN COUNT ON US®